My husband is a quite a foodie and loves to take me to wine and dine at fine establishments not only in our beloved Sydney but also internationally.  I lovingly call him a food snob since he likes to go to places that have “Hats” and “Stars” on their walls and whose names are mentioned in the Michelin Guide book, preferably in the top 50.

Hence, our dinner at Waku Ghin in Singapore was no exception.  We made Singapore our stop over on the way home from South Africa. We stayed at Marina Bay Sands hotel which is not only famous for its futuristic architecture and commanding view over the city but is a great food destination hosting over 60 restaurants cooking different cuisines from the four corners of the globe.  We both are great lovers of Japanese cuisine and our choice fell naturally on Waku Ghin, famous for its modern European – Japanese cuisine and renowned chef Tetsua Wakuda of Tetsua's in Sydney.

We were greeted at the door and escorted to one of the rooms where we, and only two other couples, were seated at the bar facing the shiny surface of the stove and the copper pans on the shelf behind.  Then the chef, alas not Tetsua, appeared.  He introduced himself while his assistant showed us a board loaded with fresh produce from the sea and land out of which a 10-course exquisite degustation menu was cooked for us.

And so the magic began 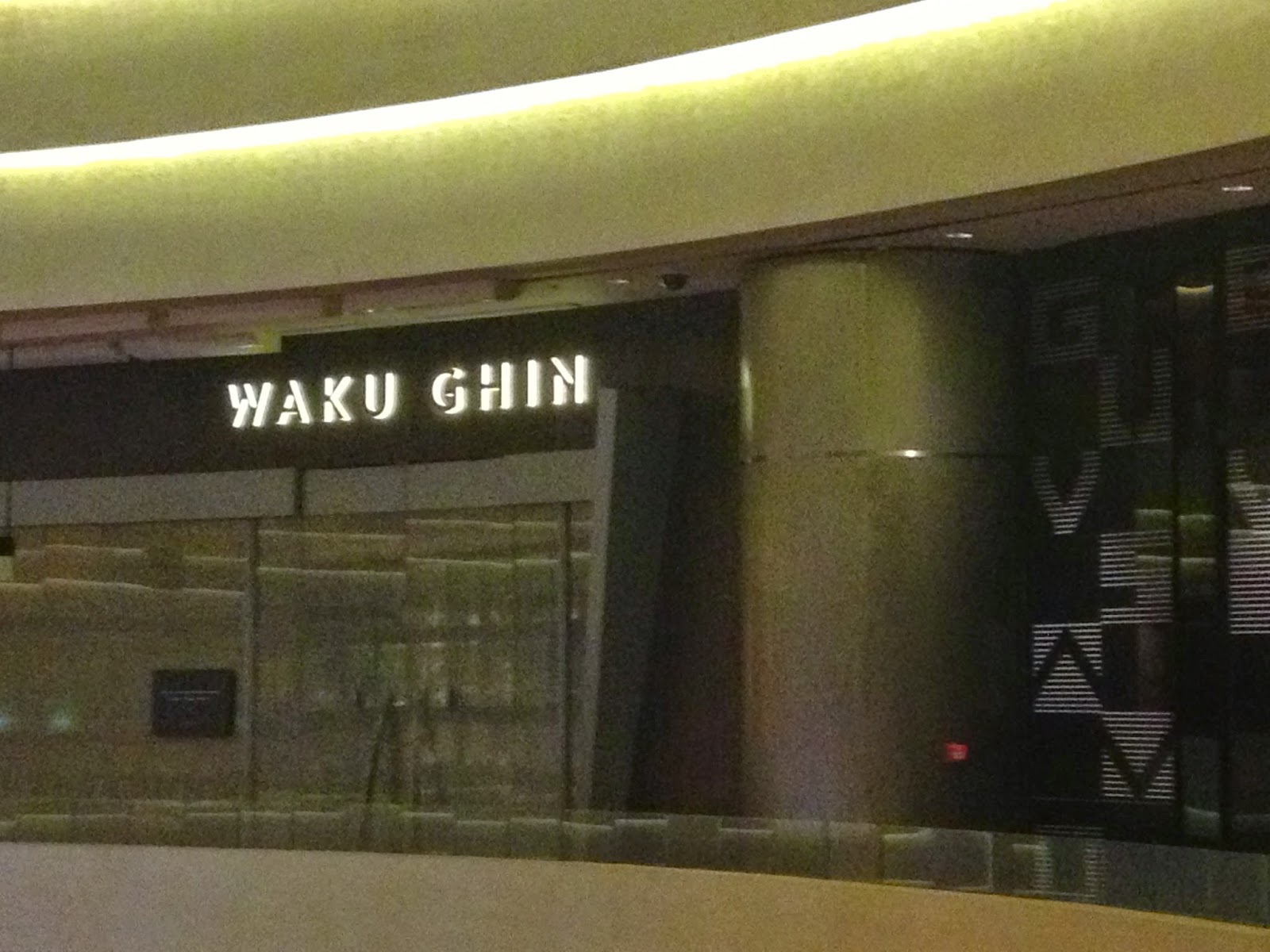 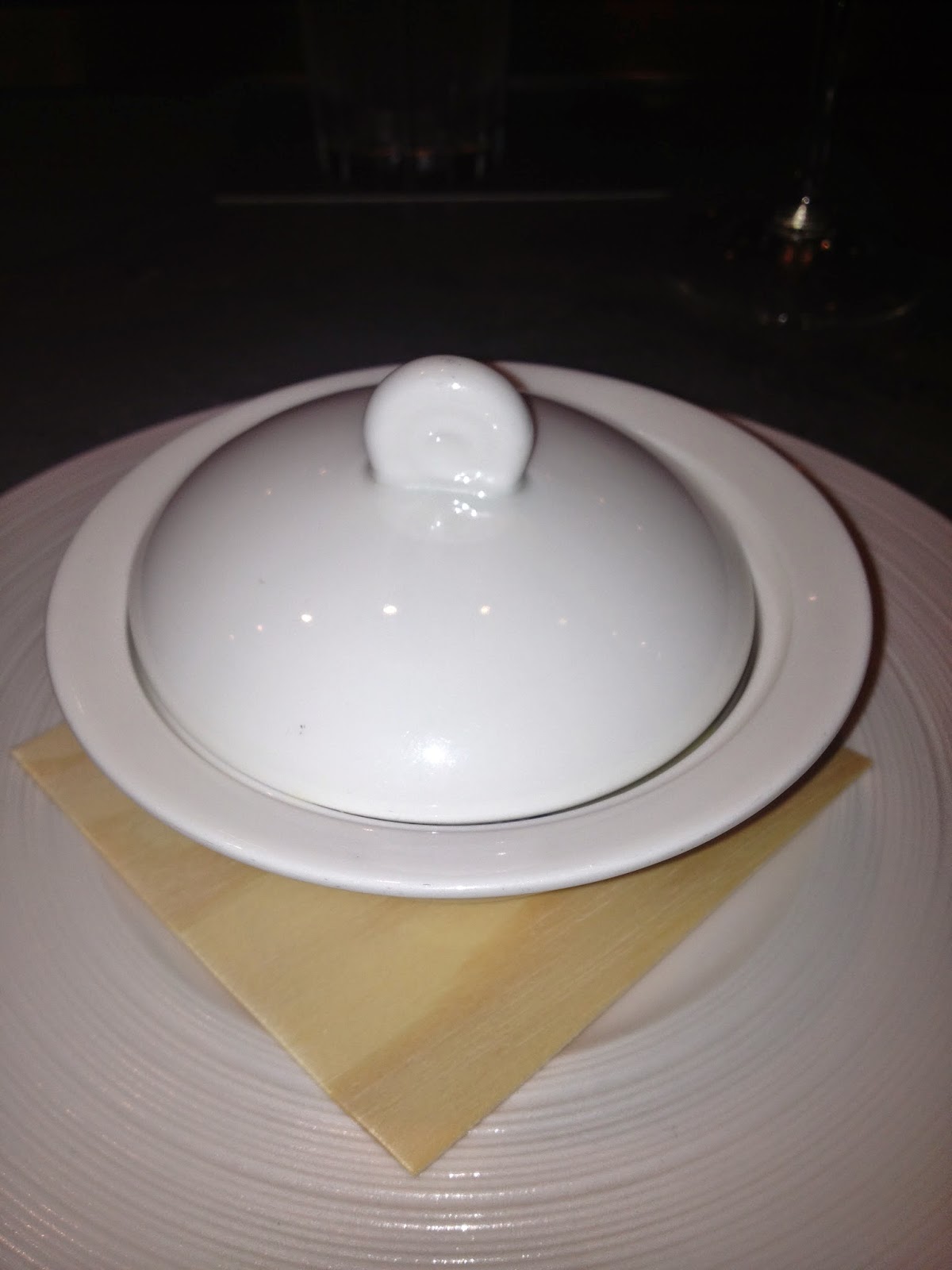 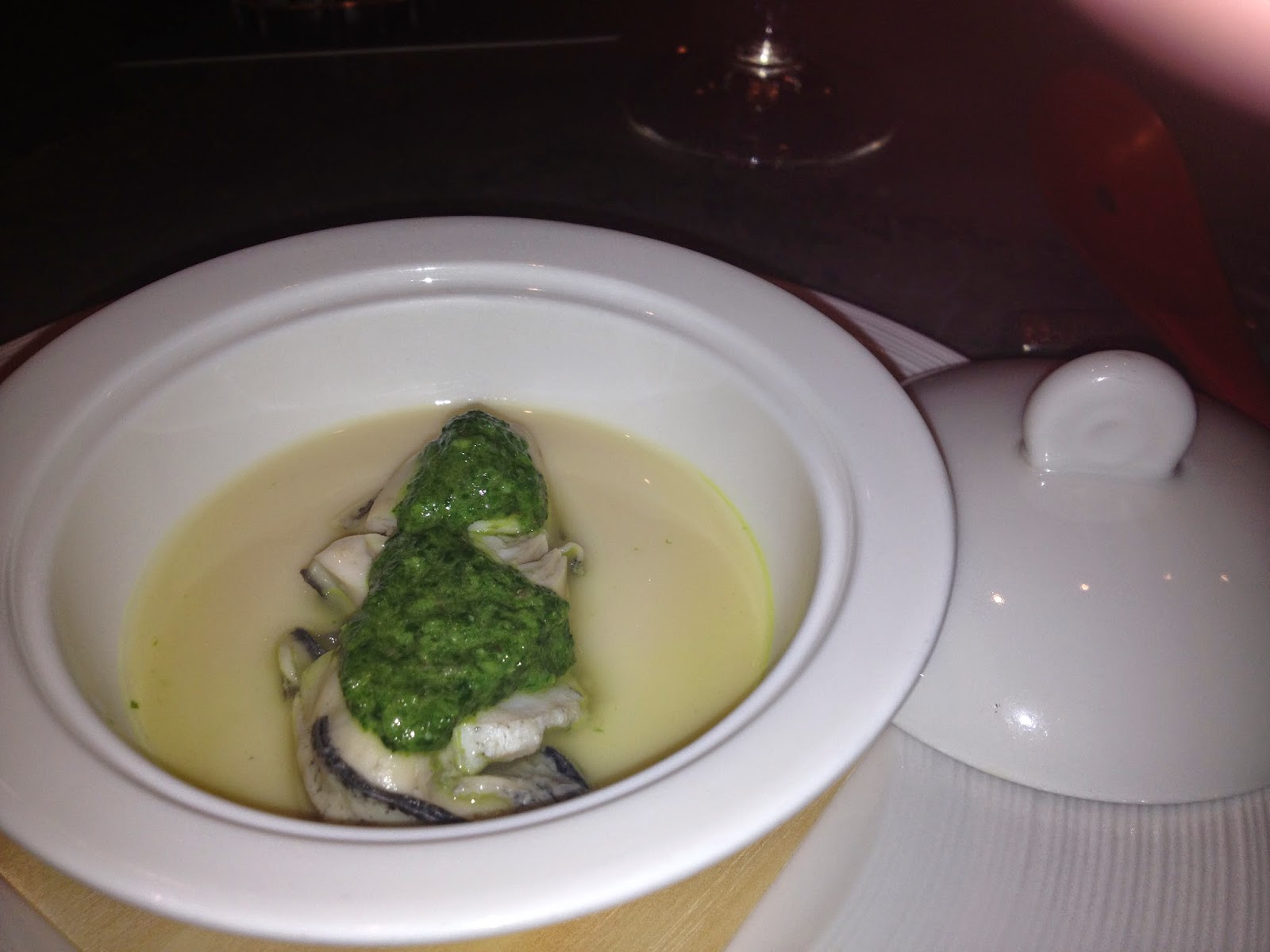 One by one the dishes were cooked in front our eyes so we were able to watch the chef's every move, learn the names of the ingredients and the method by each dish was prepared. 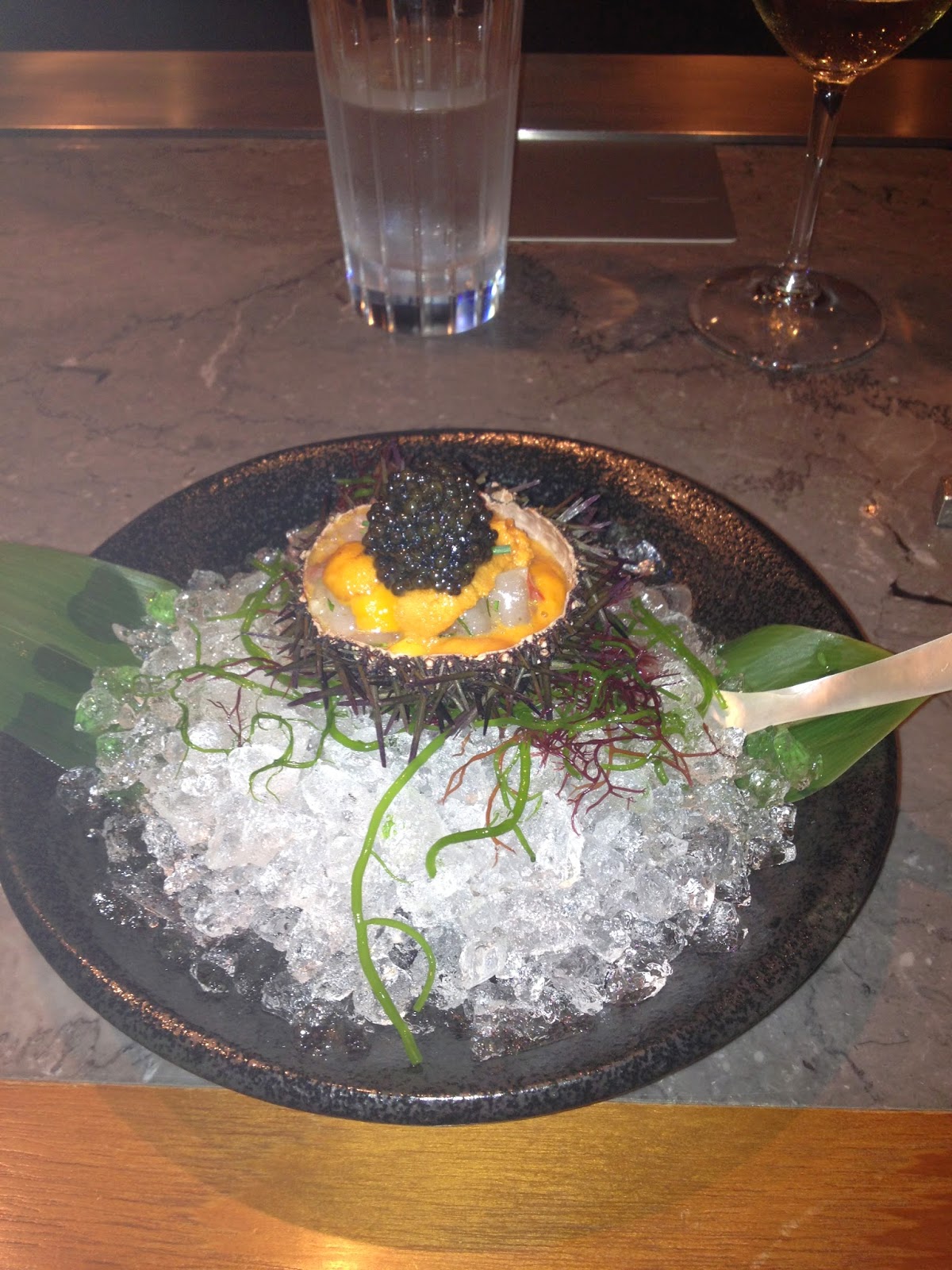 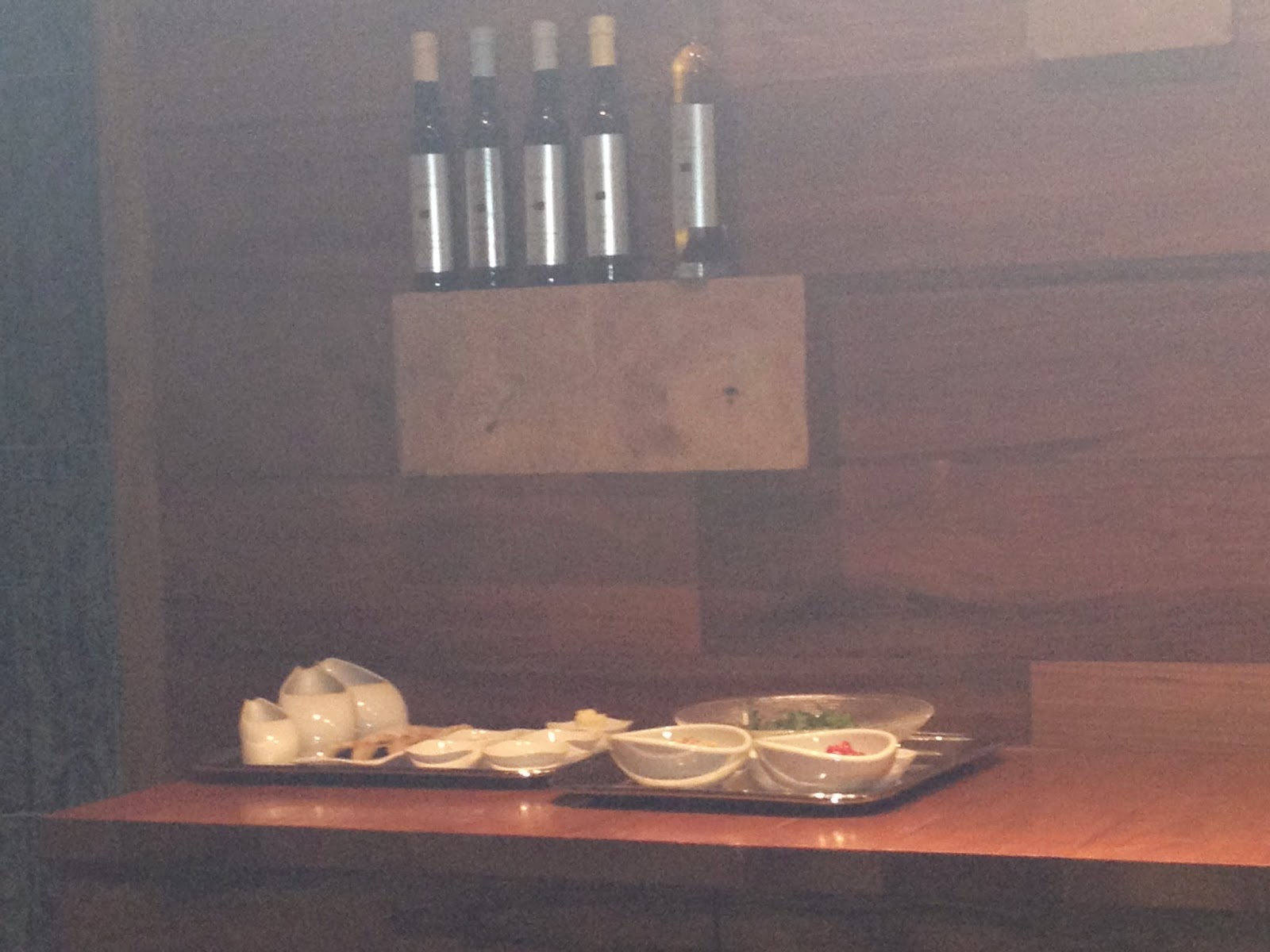 The kitchen bench behind the chef

It made us feel involved in the gastronomes world of haute cuisine, we were not treated like guests but more like participants in a show created especially for us. 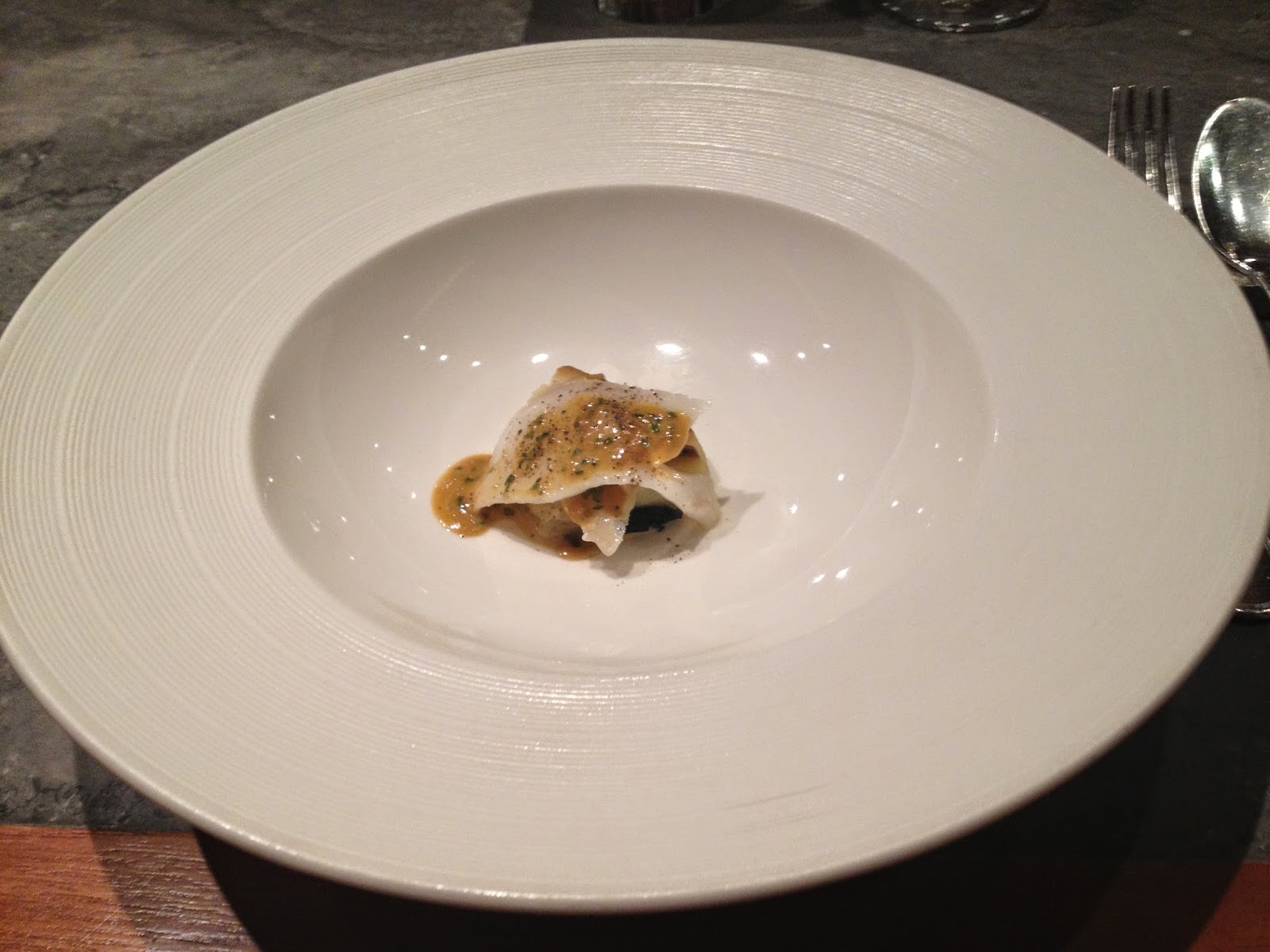 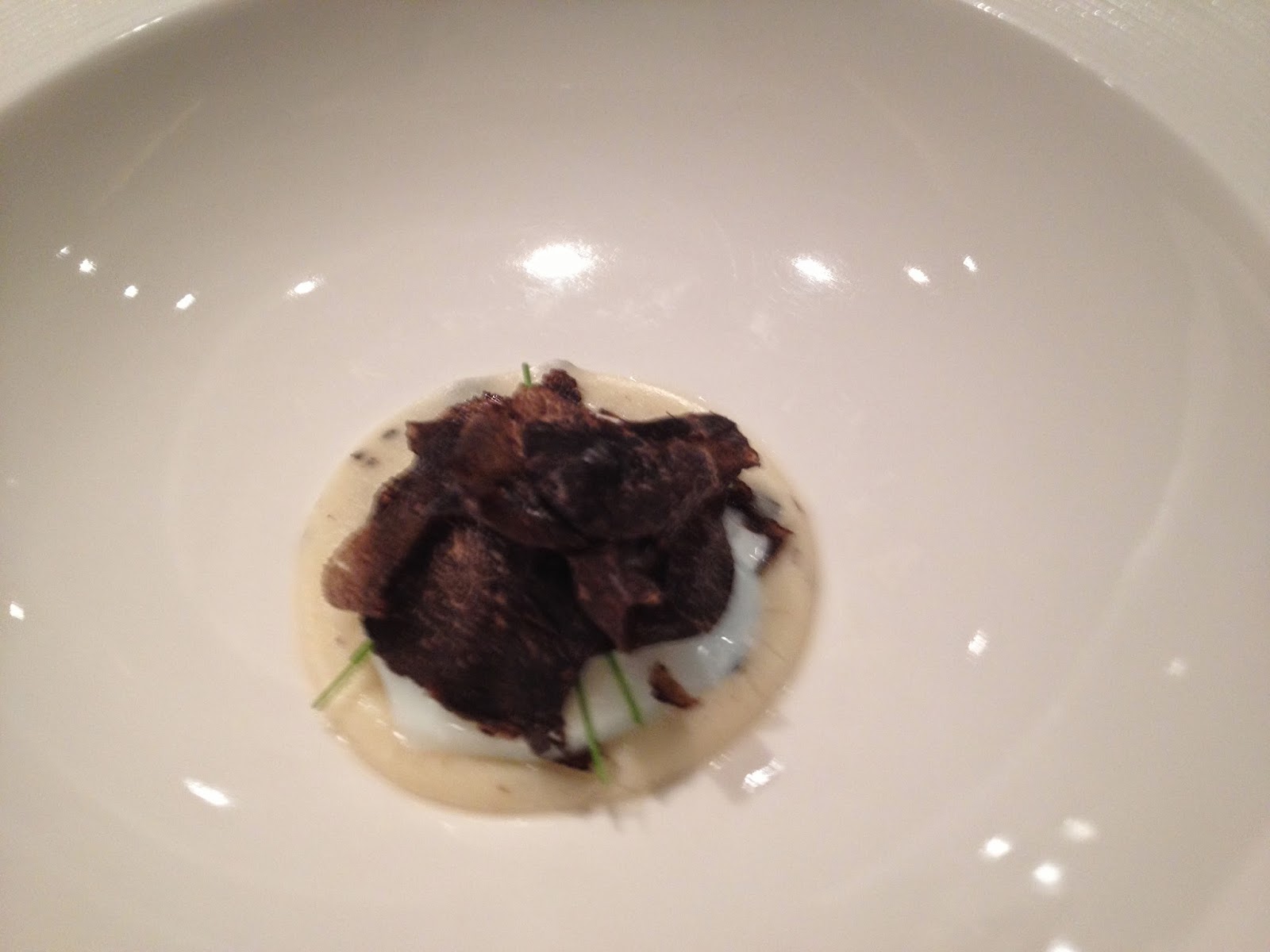 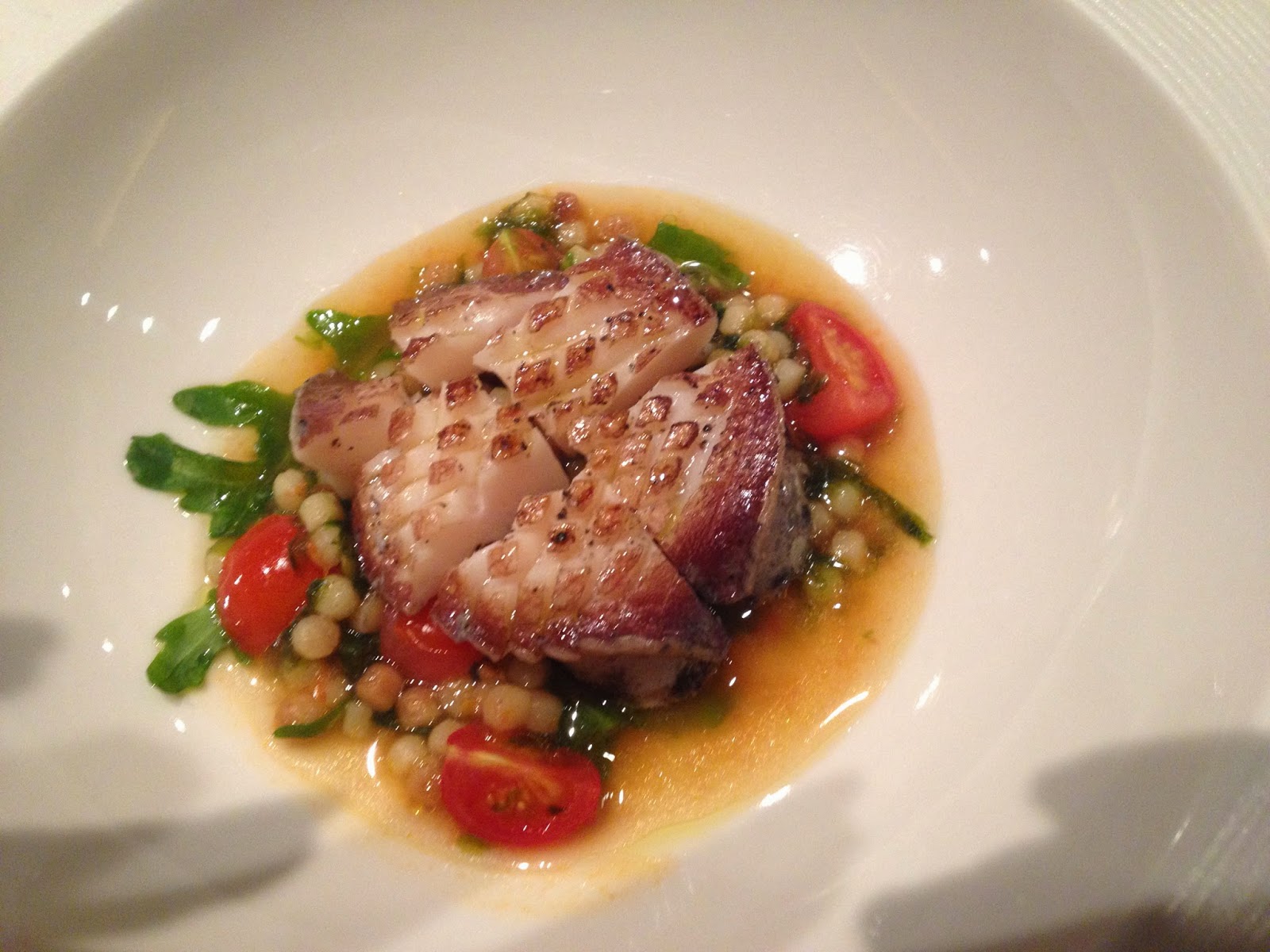 Australian Abalone with Fregola and Tomato 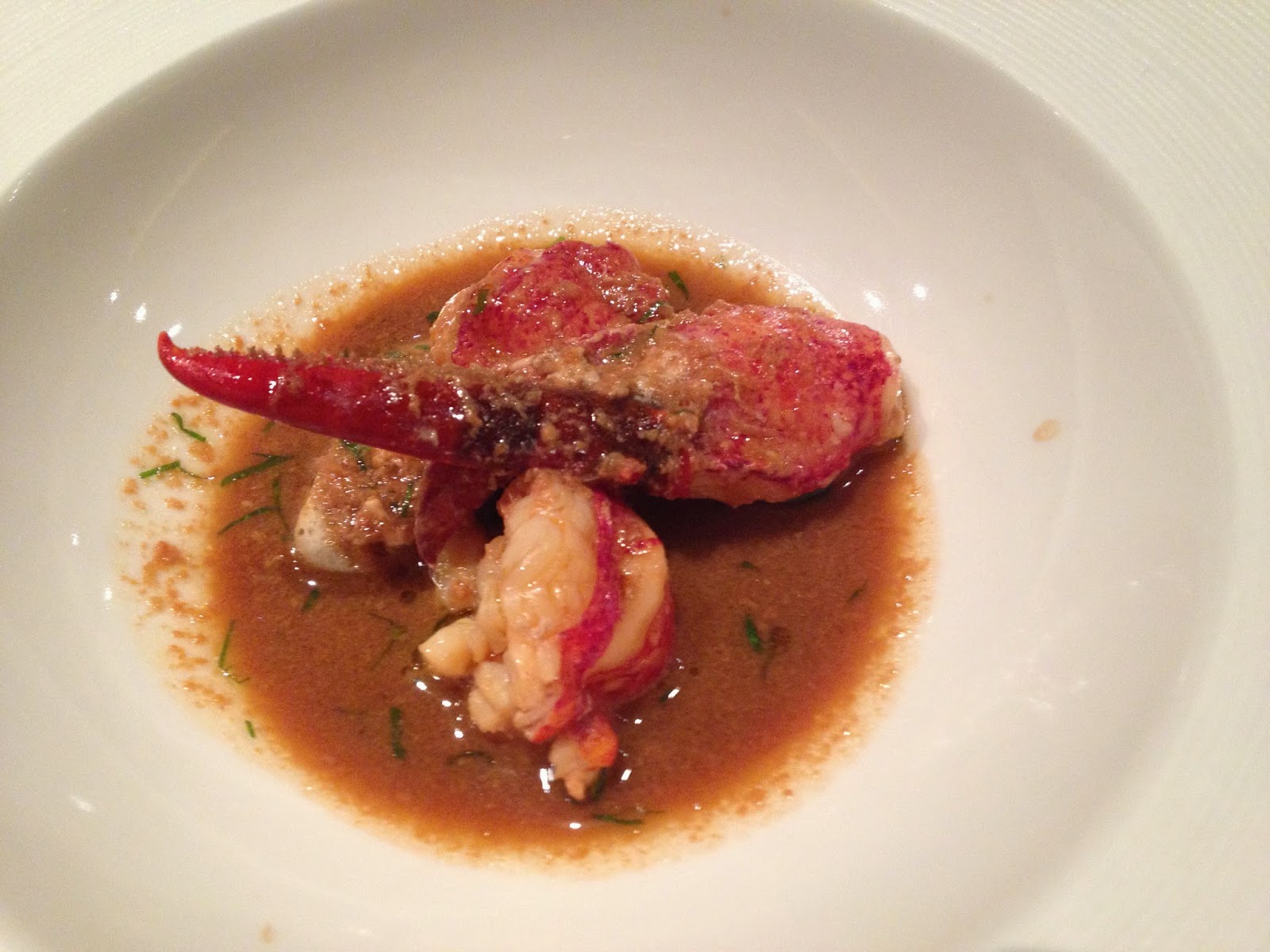 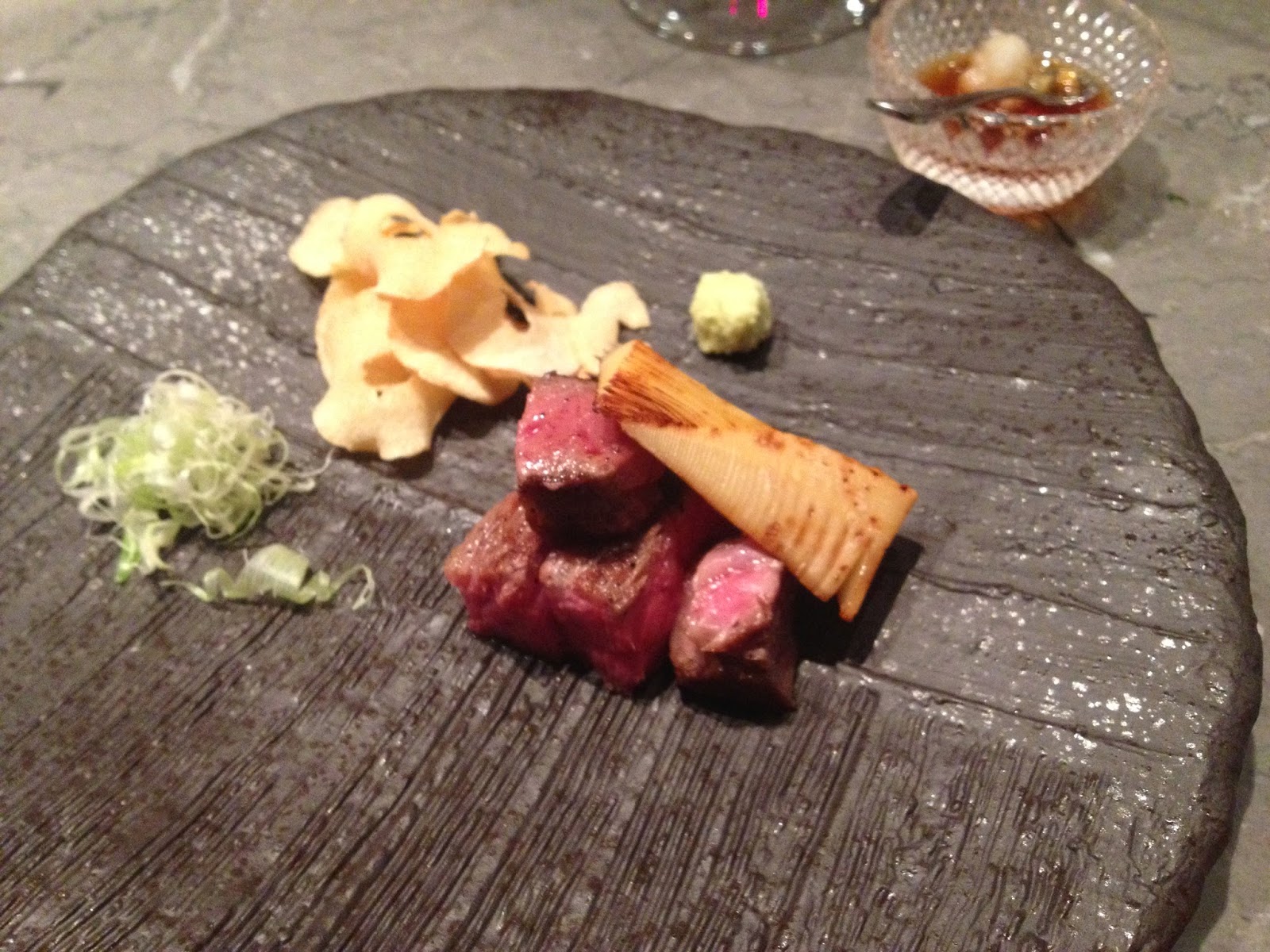 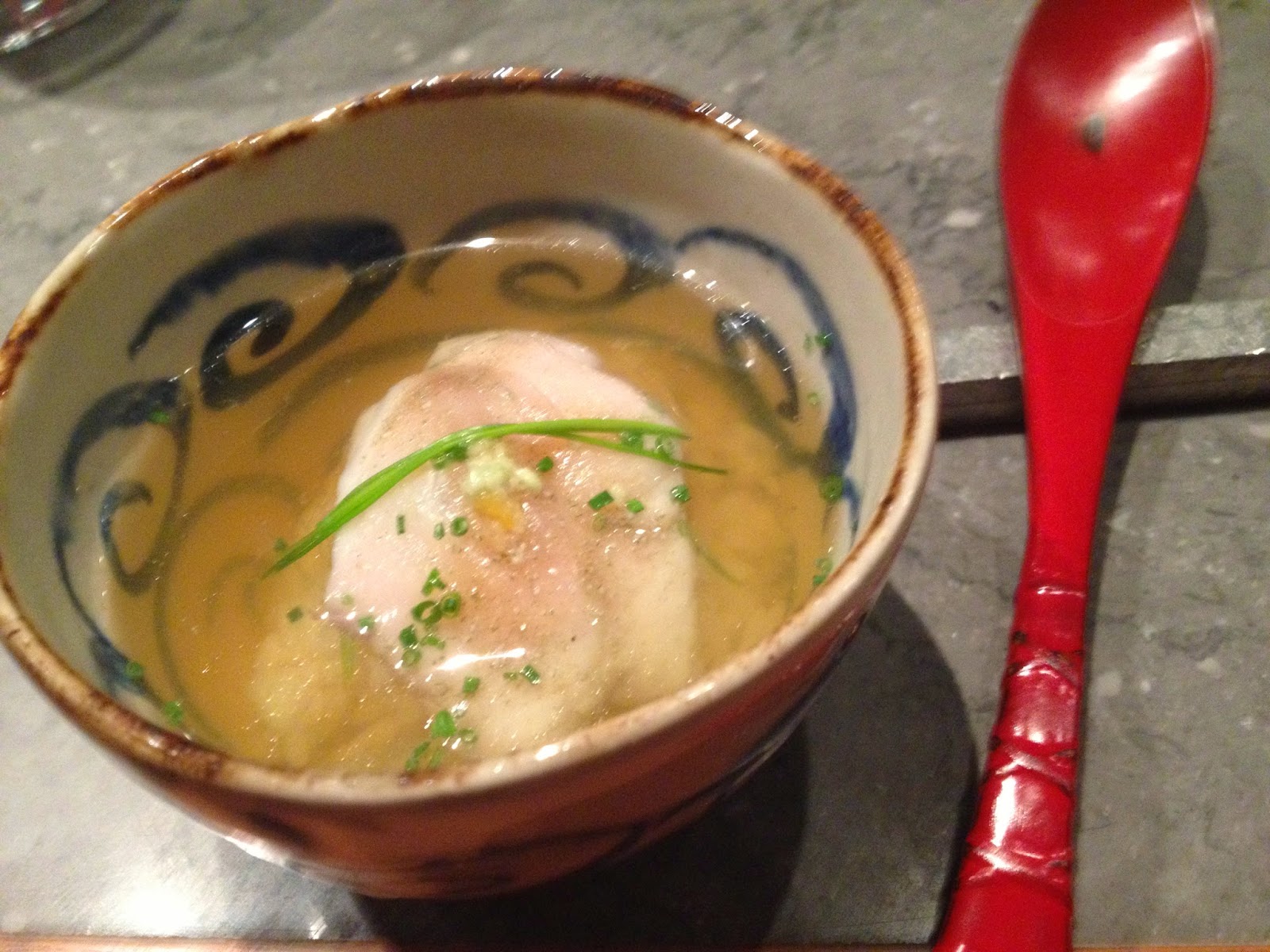 Consomme with Rice and Snapper

When the time come for dessert we were asked to proceed to the main dining room with huge windows overlooking the city and boardwalk. The reason for this became apparent with the start of the most spectacular laser show we had ever seen. 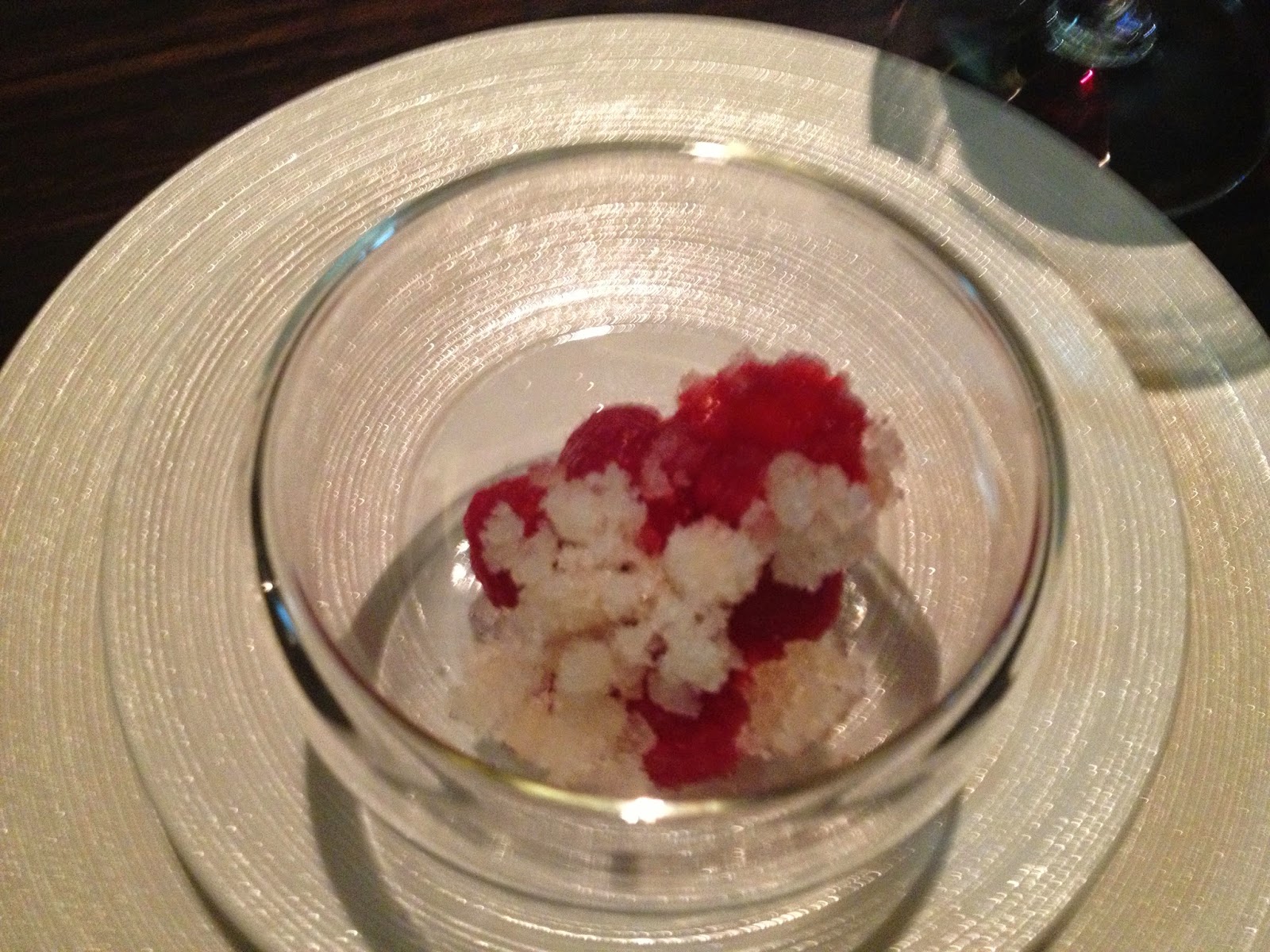 Salad of Rasberry with Wasabi and Granita of Honey and Vinegar 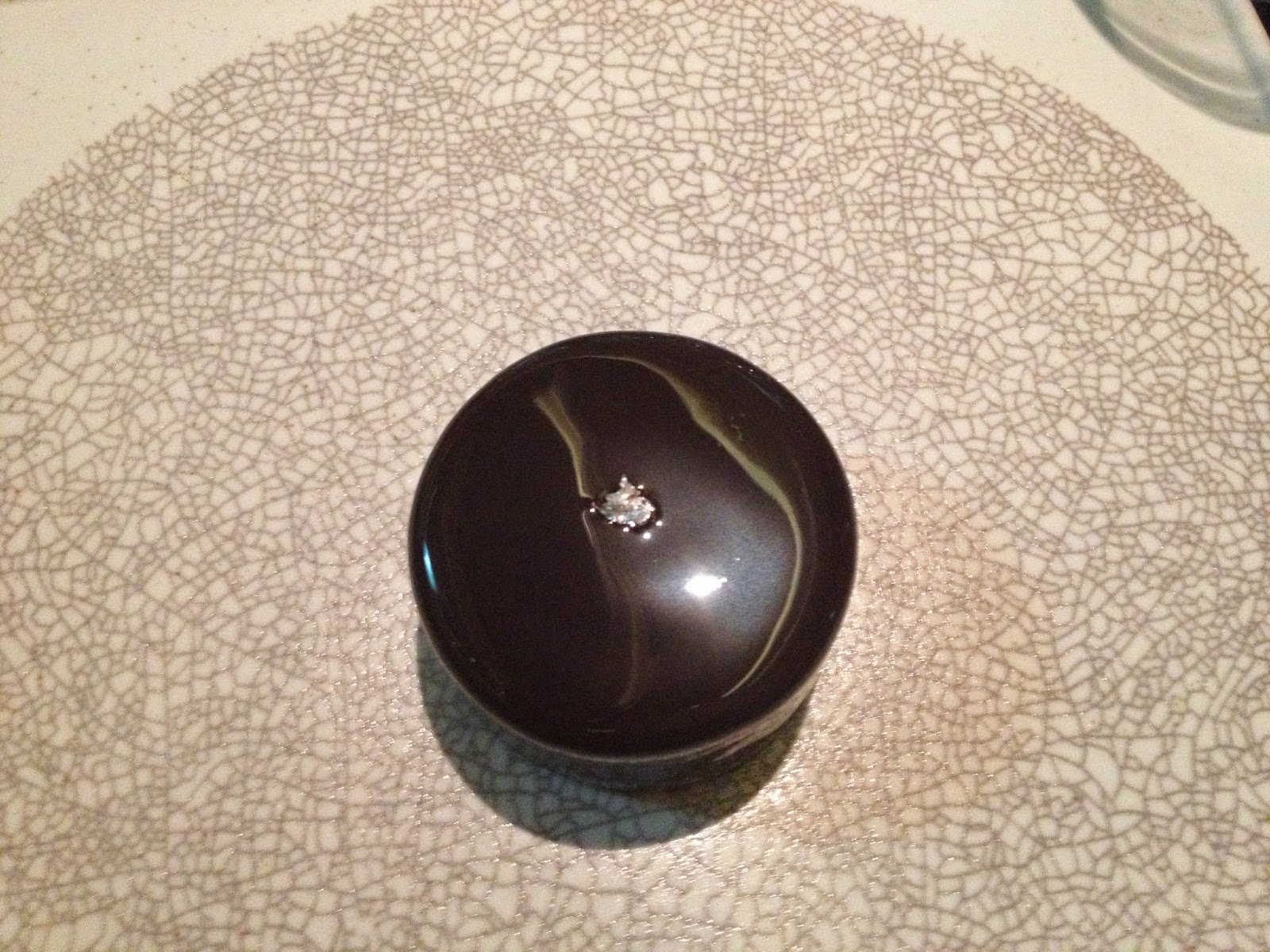 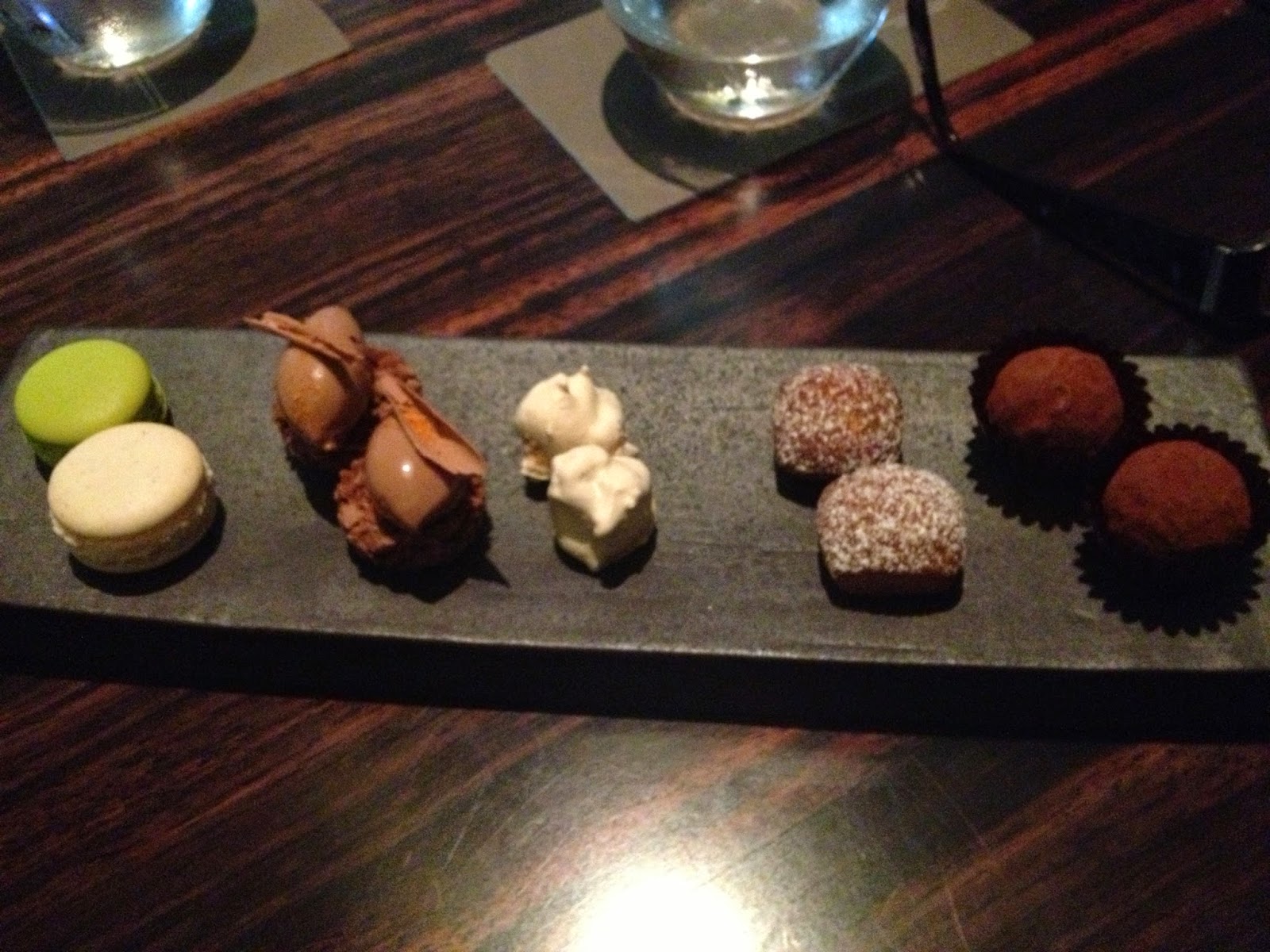 Dining at Waku Ghin was one of the best gastronomic experiences in the world.  I would strongly recommend to add it to your bucket list. 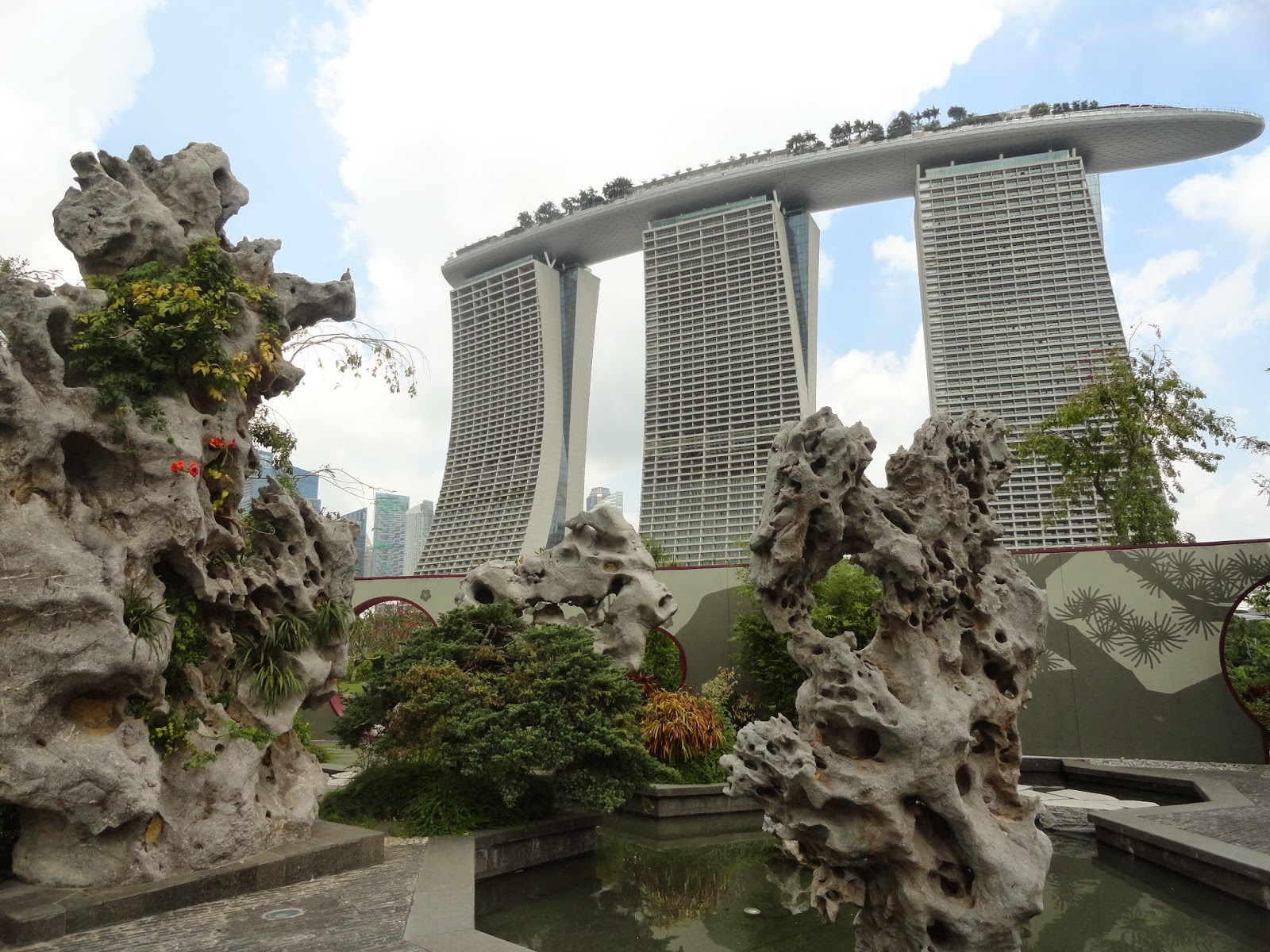 Posted by Anna from Looking Fabulous @ Fifty at 01:35 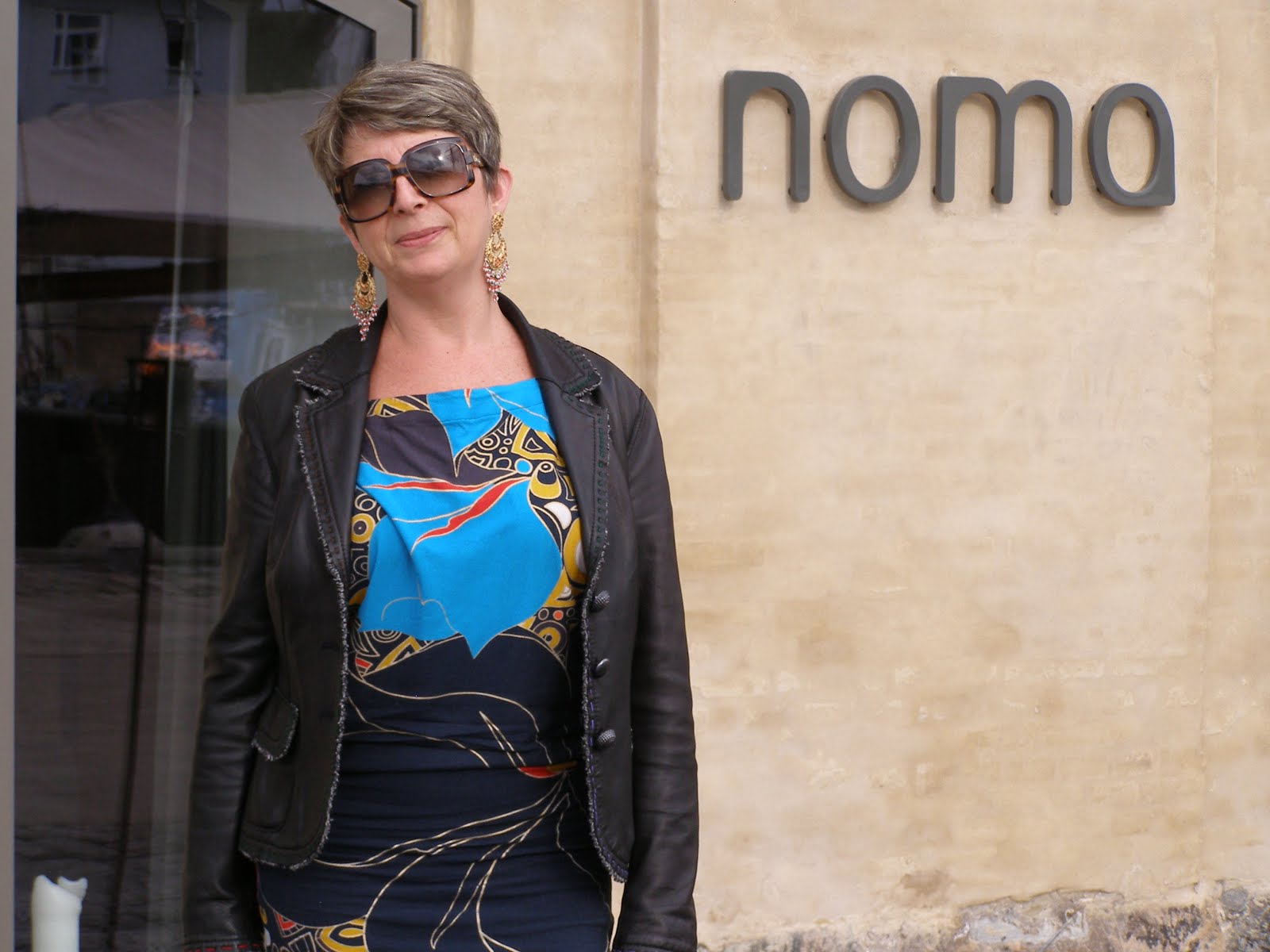 My name is Anna Marcus. I am originally from the former USSR, and have been living in Sydney, Australia for the past 20+ years. Since I came to live in this beautiful country, my cooking has evolved dramatically and become, as I describe it, a cosmopolitan cook.